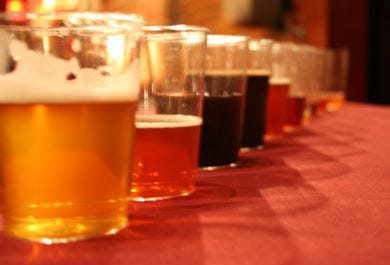 It’s not just the great ingredients but also the artistry behind each flavor. After all, Maine is known for high-quality craftsmanship, and Maine’s craft beer is no exception. In just over 30 years, the number of craft breweries in Maine has exploded to more than seven dozen – from Portland to Penobscot Bay – and plenty of those are located right here in Southern Maine. Why is fermenting the cool thing to do?  It’s as clear as the water. 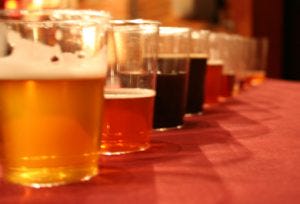 A good craft brew has four main ingredients. Malt. Hops. Yeast. Water. And ask any Maine brewer what makes Maine’s beer exceptional, and their answer will be water.

After that, it’s all about the brewer.

And there is a common bond among brewers on the Maine Beer Trail. Not so much an actual “trail,” the Beer Trail in Maine connects all of Maine’s craft breweries on a map so visitors can make their way to a few breweries while they’re here. No two breweries in Maine are alike— so you might have to make a couple of trips to visit them all.

Whether you start north or south of our Ogunquit hotel, the Meadowmere is in the heart of an amazing stretch of Southern Maine Craft Beer brewers. When you arrive, settle into our hotel to relax and unwind.  Take a dip in the Roman Spa with swirling salt waters. Head into town for dinner (Cornerstone is a craft beer destination) or ask us for a recommendation to a nearby restaurant.

Southern Maine Craft Beer stays are best made October 1 – June 30 and include breakfast to fuel up for the day, wifi to research the next brewery, amenity access to relax post trail in our Roman Spa, and parking for when the day is done!

So pack your thirst and get hoppin’ to Maine!

Rates are based on double occupancy exclusive of taxes and is offered for dates noted subject to change and extra person charges. Not applicable to groups and cannot be combined with any getaway package or promotional discount. Subject to availability and may be discontinued at any time. Additional blackout dates may apply and arrival dates required as noted.